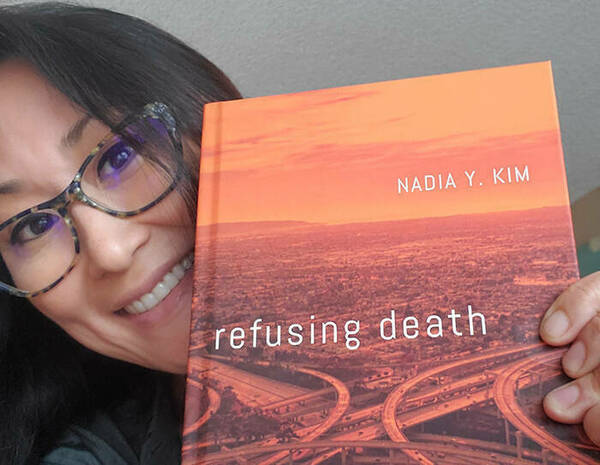 In our global cities today, immigrants of color are increasingly suffering hyper-pollution and alarming rates of asthma and cancer due to their residence near diesel-spewing shipping ports, freeways, and rail yards—all so that you and I can buy the goods we buy at big box stores that hail from China and other far-flung manufacturing nations. Immigrants and other people of color also reside and work in and near hazardous industries, like the oil refineries that prop up the aforementioned goods movement apparatus. Indeed, immigrant-led resistance movements are among the most dynamic in our global cities, yet we know little about them. In this vein, Kim chronicles how Asian and Latina immigrant women activists for environmental justice in Los Angeles—namely for cleaner, more breathable air—redefine racism and classism as a result of their struggles with environmental racism and classism and their specific social positionings under neoliberal capitalism and white supremacy. She pays specific attention to how both transnational and local factors shape the Latin@ activists’ view of classism as the key enemy— and class inequality as the main moral boundary—while the Filipin@-led Asian immigrants pinpoint racism and race inequality as such. They were conveying that “our” bodies are relegated to poverty and made sick or “we” are emotionally assaulted by racism, while “their” bodies are healthy because of affluence and whiteness—and usually both. By definition, this is a moral claim, as the political boundary they draw around their “embodied community” sees the healthier state and corporate elites neglecting and placating them out of the lack of empathy that wealth and whiteness spawned. More specifically, the Filipin@ organizers drew on US (neo)colonialism of the archipelago as a major reason for their focus on race and for their transnational activism in and from the predominantly Filipin@ community of Carson, California. The mostly Mexican Latin@s, on the other hand, drew on their common oppression as the poor—both in Mexico and LA—to primarily blame class injustice for the disproportionate air pollution (and other disadvantages) in their largely working-class immigrant neighborhoods.

Nadia Y. Kim is Professor of Sociology and Asian & Asian American Studies at Loyola Marymount University. Her research focuses on US race and citizenship inequalities regarding Korean/Asian Americans and South Koreans, race and nativist racism in Los Angeles (e.g., 1992 LA Unrest), immigrant women activists, environmental racism and classism, and comparative racialization of Latinxs, Asian Americans, and Black Americans. Throughout her work, Kim’s approach centers (neo)imperialism, transnationality, and the intersectionality of race, gender, class, and citizenship. Kim is author of the multi-award-winning Imperial Citizens: Koreans and Race from Seoul to LA (Stanford, 2008); of Refusing Death: Immigrant Women and the Fight for Environmental Justice in LA, which chronicles the embodied, emotive, and citizenship politics of Asian and Latin@ immigrant women’s fight for cleaner air in LA (Stanford, Spring 2021); and of award-winning journal articles on race and assimilation and on racial attitudes. Kim has also long organized on issues of immigrant rights, affirmative action, and environmental justice, some of which she has incorporated into her research. She and/or her work have also appeared (inter)nationally on National Public Radio, Southern California Public Radio, Radio Korea, and local TV news and in The Washington Post, The Boston Globe, The Korea Times, NYLON Magazine, The Chronicle of Higher Education, and elsewhere.

Kim's lecture is part of the Liu Institute series Asian (Re)Visions of Nation, State, and Citizenship that invites scholars from multiple disciplines to examine how diverse populations in Asia are remaking discourses and practices of nation, state, and citizenship, with consequences for people in Asia and around the globe. Drawing on a range of approaches, invited speakers will challenge the universalizing models of politics and the nation-state while demonstrating the need to ensure analyses of global issues are derived from lived experiences across Asia.