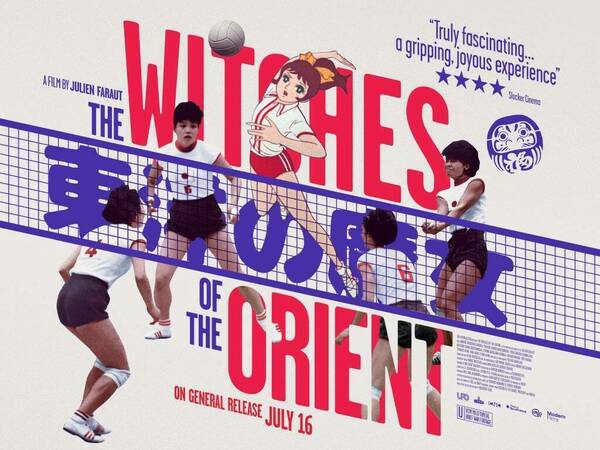 Directed by Julien Faraut
Not Rated, 100 minutes, DCP
In Japanese with English subtitles.

How did a group of humble factory workers become a phenomenal sports success story and the pride of an entire nation? This visually stunning documentary tells the tale of the Japanese women's volleyball team's thrilling rise, unbelievable 258 games winning streak, and eventual Olympic gold at the 1964 Tokyo Olympics.

United by their jobs in a textile factory, the Japanese women's volleyball team chased absolute perfection under the guidance of their grueling coach Hirofumi Daimatsu. While the west viewed Japan as an alien upstart in the postwar years, it didn't prevent the team from striking fear in the hearts of their competitors, earning them the racist and dismissive moniker "oriental witches."

Less an underdog tale than a saga of overwhelming determination that simultaneously subverts and feeds an orientalized mystique, The Witches of the Orient, via a mix of manga and anime sequences, conjures the tenor and tone of the team's grip on the imagination of an entire nation seeking renewal and acceptance on the world stage of the post-war era.

Co-presented by the Liu Institute for Asia and Asian Studies and the John & Margaret Brogan Endowment for Excellence in Documentary Film.