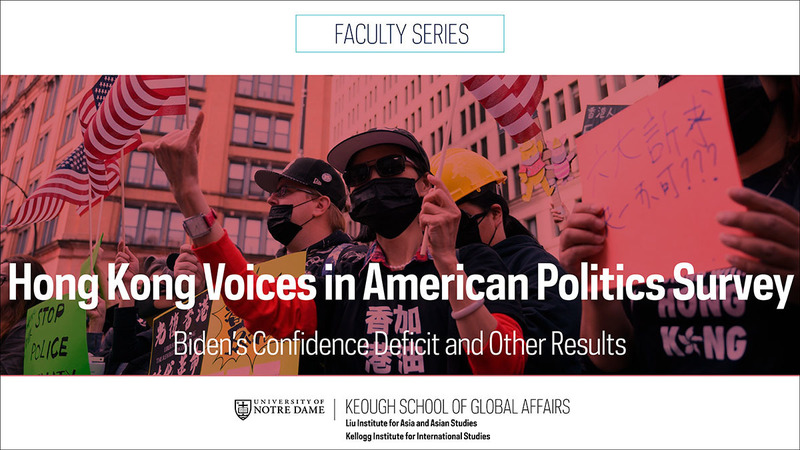 While a majority of Asian Americans supported Joe Biden in the American presidential election, Hong Kong Americans stood out in their strong support for Donald Trump. Many were baffled by the fact that those who had been lobbying for the US to support the city’s struggle for freedoms appeared to be diehard Trump fans. The survey “Hong Kong Voices in American Politics” reveals that there were indeed more Trump supporters than Biden supporters, but respondents were quite evenly divided between the Republican and Democratic parties.

The survey also explores the political attitudes of Hong Kong Americans on issues ranging from the 2014 Umbrella Movement, the 2019 anti-extradition protests, the 2020 national security law, and the effectiveness of political figures in Hong Kong. It further examines American challenges such as white supremacy, immigration, and health care. The study is the first of its kind that focuses on the intersectional identities of Hong Kongers and Americans.

During this virtual event, Notre Dame researchers and political scientists Maggie Shum and Victoria Hui will unveil the results of their survey and speak about the implications for the Biden administration’s China policy. The discussion will be moderated by Kyle Jaros, a professor of global affairs and political science at the University of Notre Dame.

This event is cosponsored by the Kellogg Institute for International Studies.